Santa was at the North pole getting ready for his trip. The north pole was full of ice and igloos. The sleigh was near the end and Rudolph was just eating some food, for the long journey.

Santa was ready to go, he hopped on the sleigh and was getting it ready. But, what he didn’t know was that the elf he saw on the Christmas tree was following him. After seven whole hours he realized that it was nearly morning and he had one more house to go which was his sons house. However, there was no more presents in the SACK!!

As The elf saw what was happening so he called Mrs. Claus to bring the present. It turned out that the elf was Mrs. Claus’s helper to make sure Santa was okay. Up in the air Santa saw Mrs. Claus and told her to drop the present. Then he went down the chimney and gave it away. Soon they arrived back at the North pole and went straight to sleep for next year. 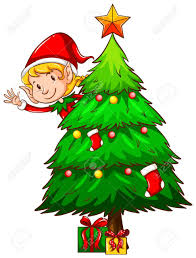